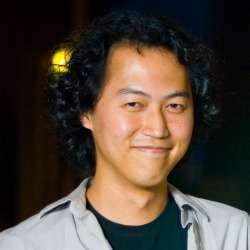 Art Koshi is a pianist and composer from Honolulu, HI, who has been accompanying ballet and modern dance classes since 1997. Art works as a dance accompanist for Cornish College of the Arts, Dance Fremont, University of Washington, Seattle Theatre Group’s AileyCamp, All That Dance and Evergreen City Ballet. In addition to the piano, Art plays percussion, guitar, and bass. He has composed soundtracks for indie movies and recorded pieces for modern dance concerts. Art has also played for improvisational theater groups such as Jet City Improv and On the Spot, with whom he has performed at Improvaganza in Honolulu, the Chicago Improv Festival, the Austin’s Out of Bounds Festival, the Phoenix Improv Festival, and the Seattle Improv Festival.

One thing I love about my job is the musical connection I can make with the dancers. It’s very much the same way that a musician connects with another musician during a jam session. When I was learning to do this job, back in high school, my father (who also taught me everything I know about dance accompaniment) showed me that this was very much a higher form of music, due to the unique demands a dance class brings. It’s oftentimes much more abstract than just matching up the tempo, rhythm & accents. Sometimes it “just works” in ways that you can’t always explain.

I used to play bass in local punk shows back in Honolulu. I’ve found that the driving force of that music I used to play, actually compliments what I do in the classroom. Our job is so often just to keep things going, and the importance of momentum in the dance studio has actually been one of my more important realizations. My personal work includes recordings for dance pieces and indie films. Currently, I’m putting together some music for a grad student at UW. It’s more of an abstract soundtrack with sounds of nature mixed with synthetic sounds from my computer.

This lockdown has been a tough one. Dance accompaniment is my main job, and I feel like so much of what I do is about connecting with people on somewhat of an abstract level. Bringing the element of a one to three-second delay changes the whole feel and kind of disconnects me from the experience. The best solution I’ve found is to look for the unique aspects of playing from home. For example, the ability to get a clear view of the teacher’s demonstrations by pinning their Zoom frame, the luxury of being able to try out a piece while muted and in tempo before anyone hears what you’re about to play, or the fact that I can run multiple sounds (besides a piano) through my keyboard into the virtual classroom. These, as well as the perks of having your kitchen one room away, soften the blow of this strange new world we’re living in. 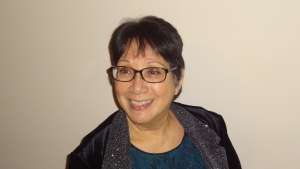 Marleen Land is originally from Milwaukee, WI and has lived in the Pacific Northwest since 1989 – yes, well before a lot of you were even born! She began accompanying ballet classes at Pacific Northwest Ballet in 1992 and has played for just about every area studio since. Workshops, auditions, master classes, summer intensives, performance and show warm-ups – she’s done it all. She’s also been a state certified music teacher for grades K thru 12 in five (count ‘em, 5!) states and has the battle scars to prove it. Or maybe those are from playing for ballet. Either way . . .

In addition to being a Dance Accompanist at Dance Fremont!, Marleen plays regularly at Cornish College of the Arts and other studios. And she subs whenever and where ever she can, her motto being “Will Play Piano for Food”. She is also on the music staff at Holy Rosary Catholic Church in West Seattle, where she is the Assistant Youth Choir Director (grades 3 – 5) and Director of (so cool they’re corny and so corny they’re cool) the HANDBELL CHOIR! Mrs. Land LOVES music and dance, so here at Dance Fremont! she is livin’ the dream! 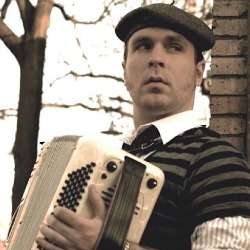 From Manchester, NH, Ryan began his voice and piano studies at age eight in the Ted Herbert Music School and continued his education with theater and dance studies at the Boston Conservatory. He began working as a dance musician for Boston Ballet and moved on to The Richmond Ballet and Virginia Commonwealth University, earning his BFA in Theater Performance. Since moving to Seattle, he’s worked with Pacific Northwest Ballet, Spectrum Dance Theater, Dance Fremont, the University of Washington, Ballet Hawaii, Washington (DC) Ballet, Whitman College and was Music Director for Jet City Improv. He has accompanied professional artists for the past 15 years, some of which include: Clark Terry, Yo Yo Ma, Bebe Neuwirth, Carla Maxwell, Clay Taliaferro, Donald McKayle, Twyla Tharp, Bill T. jones, Val Caniparoli, and Kyle Abraham. His compositions have appeared on PBS, NPR and in many dance festivals. Ryan appears on albums such as Month of May by Romeo + Juliet; and Midnight Veil by Prom Queen.

His new album Caviar Dreams (FOX HUNT) was completed in 2015 and features both his visual artwork and favorite Musicians. Ryan likes to spend his free time painting & songwriting. 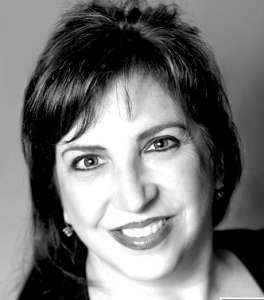 Angela is currently a Teaching Artist at Seattle Children’s Theatre, Village Theater’s Kidstage Everett and Youth Theater Northwest teaching musical theatre classes. Along with performing professionally as a singer and actor, she has composed over 225 songs for Variety Plus Theater, which she co-founded in 1995 with her husband, Bob Gribas www.varietyplus.org. She is also an actor, writer and composer for Events on the Edge, performing Interactive Murder Mysteries, Meet the Biscotti’s, A Mafia Musical, and Caffeine, An Addictive Musical. As resident Music Director and Choreographer for the Spring Musical program at Bellevue High School since 2003, she has performed with BHS students in the American High School Theatre Festival in Edinburgh, Scotland in 2013 and 2017. Angela is also an accompanist for the Dance for Parkinson’s program in the Seattle area and is promoting her Music for Ballet Class and New Age Solo Piano compact discs, available on iTunes. She is a member of ASCAP and a proud member of The Musicians Association of Seattle- Local 76. 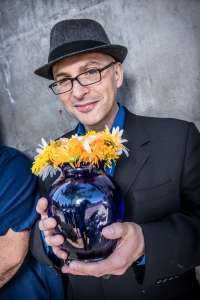 Originally from the Boston area, pianist Ben Verdier lives in Seattle where he adores playing live music for ballet classes. From modern swing in the Czech Republic to salsa in Alaska, he has toured all over the world. Also an accomplished bassist, Ben performs regularly in the Pacific Northwest.