DANCE FREMONT BOARD OF DIRECTORS

As Dance Fremont’s Board President, Adrienne’s key mission for this young non-profit organization is focusing on equality, inclusion and exceptional dance instructions offered to all peoples. Working alongside our esteemed Artistic Director and board members, Adrienne is dedicated to ensuring robust leadership as Dance Fremont catapults its growth in the Seattle community.

Adrienne’s connection with Dance Fremont began in 1996 when enrolling her four year old daughter at Fremont’s new dance school. Dance Fremont’s safe and inspiring environment cultivated her daughter with accomplished dance skills and a passion for the art of dance that continues today.

Nora is a former Dance Fremont parent whose daughter is a professional contemporary dancer for companies in Seattle and New York City. Nora serves on the board with gratitude for the wisdom of founders Mary and Vivian, the devoted dance teachers, and the dear friends and families who make up the community of Dance Fremont, then and now. She is committed to the future of the school, maintaining its reputation for rigor and for being the place Vivian envisioned, where every body can experience the work and joy of dancing and belonging.

Nora is a former architect, and now works as an Executive Coach and Mediator at her own firm, The Table. 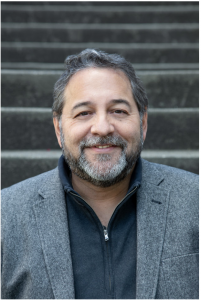 Michael is a goal-focused and accomplished executive with over 30 years of experience in managing all aspects of finance, operations, and cost optimization. Michael currently runs a cost optimization consulting firm helping businesses, non-profits, and schools to optimize their business processes and reduce vendor costs. Previously Michael was a CFO of a tech start-up, and he was also a Partner at KPMG, a global accounting and consulting firm. Michael has a Bachelor of Arts degree from UC Santa Barbara where he studied Business Economics.

Michael became involved with Dance Fremont through his professional relationship with Karena Birk. Michael was always impressed with Karena’s dedication to growing Dance Fremont and welcomed the opportunity to become a Board member. He hopes to provide another perspective, utilizing his business and finance experience, to help Dance Fremont to continue to thrive and grow! 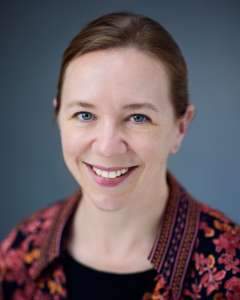 Karena was born and raised in Seattle, and started taking creative dance at age 3 after insisting on dancing around the living room to Swan Lake every single evening. She received the majority of her dance training at the Cornish Preparatory Dance Program, as well as at the Richmond Ballet, and the University of Washington. She holds an MFA in Dance from The Ohio State University, and a BA in Classics from the University of Washington. Her MFA studies focused on pedagogy, dance performance, notation, and history, and she holds a Teaching Certification in Labanotation. Before directing Dance Fremont, she taught dance at many institutions including the University of Washington Bothell, Bainbridge Dance Center, Interlochen Center for the Arts, The Ohio State University, and Cornish Preparatory Dance. Her professional dance experience includes performing with the Colorado Ballet, Lehua Dance Theatre, ARC Dance, Catherine Cabeen-Hyphen, Redd Legg Dance, and Seattle Dance Project.

Karena believes in the value of dance as a source of inspiration, self-discovery, expression, and fulfillment for everyone who studies it. Every dance student deserves the respect of being given quality training and curriculum, and the integrity of dance education at Dance Fremont has long been an inspiration to Karena. She is thrilled to have the opportunity to support and continue the excellence that Vivian, Mary, and the Dance Fremont community have built. 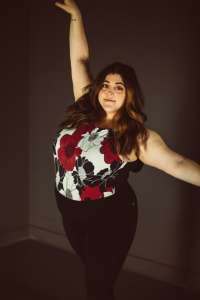 Austin Sexton is thrilled to be returning to Dance Fremont as Curriculum Development Director. With more than a decade of experience in dance leadership, Austin is passionate about the intersections of pedagogy, performance, and joyful self-expression. She is proud to have served youth and families in her work at Lake Washington Girls Middle School, Seattle Children’s Theatre, Spectrum Dance Theater, and Momentum Dance Academy, a not-for-profit community school serving Burien and South Seattle. At Momentum, Austin has helped to mount full-length classical ballets including Swan Lake, The Nutcracker, and Sleeping Beauty, all the while promoting body positivity, mental health awareness, and a multicultural environment.

From 2012-2019, Austin co-led Relay Dance Collective (RDC), which mounted the work of both emerging and established artists: Wade Madsen, Amy Johnson, Alana O Rogers, Markeith Wiley, Lauren Edson, Cheryl Delostrinos, Imana Gunawan, and others. For six years, RDC helped to create bridges within, and create new audiences for, the Seattle dance community. Austin’s choreography has been commissioned by the Seattle International Dance Festival, Intrepidus Dance, and Seattle Children’s Theater summer camps, among others. As a queer, white woman dedicated to antiracism, Austin envisions ballet and modern dance as spaces of rigor and technique, in addition to liberation and possibility.

Carol Nakagawa is art director of the Data Visualization and Design team at JPMorgan Chase Technology. Her group provides people-centric design solutions in all media – print, computer applications, web sites and events. She believes that good design can inspire people and a great experience engages emotions as well as communicates ideas. A career journalist, she spent many years at the Seattle Times as Pacific Northwest magazine art director. She is also a former dance mom whose daughter Keiko Leong was inspired to become a doctor because of the training she got at Dance Fremont, which kindled her passion for the art of the human body.

Carol is committed to bolstering Dance Fremont’s mission of being a diverse, inclusive and nurturing community where every dancer can thrive. She’s excited about the possibilities the studio’s interim space offers and is eager to be involved in developing its permanent home. 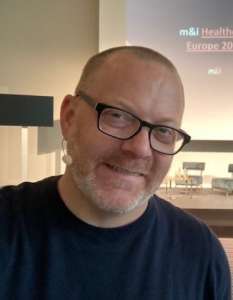 For the past twelve years, Damian has been a part of the Siemens Corporation account team for ConferenceDirect where he is the Director of Global Accounts. He has managed the global Strategic Meetings Management account for the past five years. In his role he has focus on client data including analysis of buying decisions by the meeting owners and how these decisions influence the buying power of a meetings’ program. Damian has over 20 years’ experience in the hospitality industry, beginning in commercial catering in Ohio, Colorado and Florida before moving into hotel operations. He spent over 10 years with Starwood Hotels & Resorts on both the Operations side as well as within the Sales and Marketing Division, and was Revenue Manager for the Pan Pacific Seattle. He has a B.A. in Anthropology from Kent State University.

Damian has a passion for travel and intercultural learning which has led to his volunteer work with AFS-USA for over 20 years. Damian was a member of the volunteer National Council for several years helping to oversee the management of the organizations volunteer base. He also served for seven years on the organizations Board of Directors which included time on the International Relations Committee, the Nominations Committee and the Finance Committee. He was also the AFS-USA liaison to Sentio, Inc a subsidiary of AFS International specializing in non-traditional exchange opportunities and exchange programs for adults. Damian has hosted ten exchange students over the years as result of his work with AFS-USA. Outside of work and volunteer duties, Damian enjoys good food and libations. Damian resides in Edmonds, Washington. He has two sons, a cat and in 2022 became a grandad.